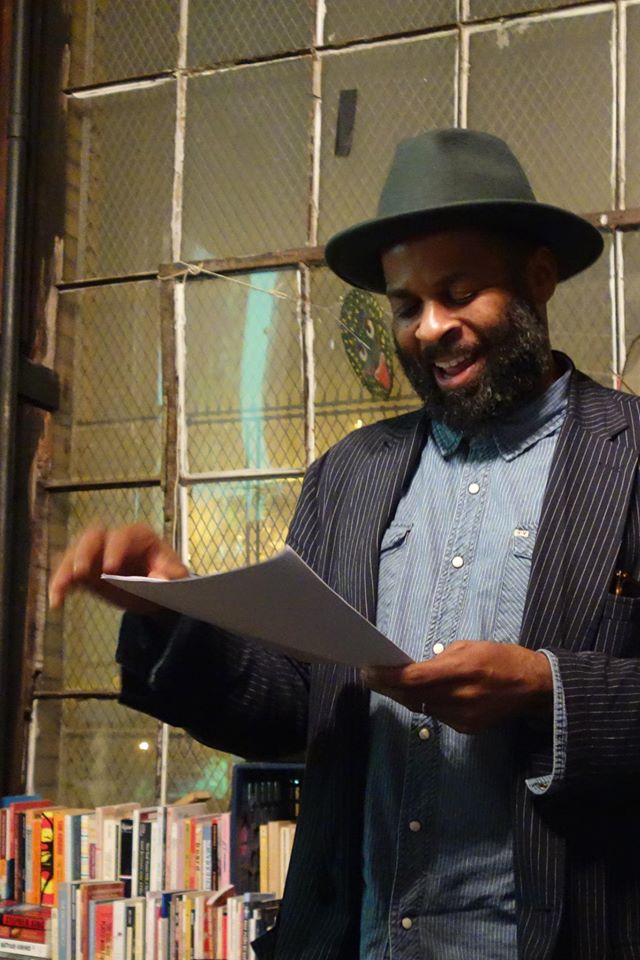 Nkosi Ife Bandele tells stories. He writes for periodicals, stage, TV, and film. His debut novel, The Ape is Dead!, is about a black student’s journey toward true love on Columbia University’s politically-charged campus in the late 1980’s when an alleged racist attack perpetrated by a gang of white football players prompts a city-wide crisis.

His second novel, The Beast (Crimson Endngs), is based on the true story of his brief relationship with infamous New York City cop killer Larry Davis (subject of the biggest manhunt in New York state history, and since featured on BET’s American Gangster). He wrote a series of articles provocative enough to have Davis contact him while still on the lam. The story is about how a hip hop reporter gets caught up in the mix of murder mystery of a black cop killer and his subsequent assassination.

Scott Free, Nkosi’s third novel, chronicles the life of Scotty Snow, a New York City filmmaker who shoots for the stars in Hollywood but lands down and out in San Francisco, literally on his knees scrubbing toilets at a vintage residence hotel. Hence, the nickname “Scotty Tissues.”

His short fiction, including his outrageous “Fuckity, Fuck, Fuck, Fuck,” is published by Akashic books.